A change of pace today, with the match reports of the only two victories by Arsenal over Leeds United at home in the FA Cup. The other four have all been at Elland Road. Perversely, Leeds have only ever beaten Arsenal in any cup competition in London; twice at Wembley in the 1968 League Cup and 1972 FA Cup finals with one at Highbury. 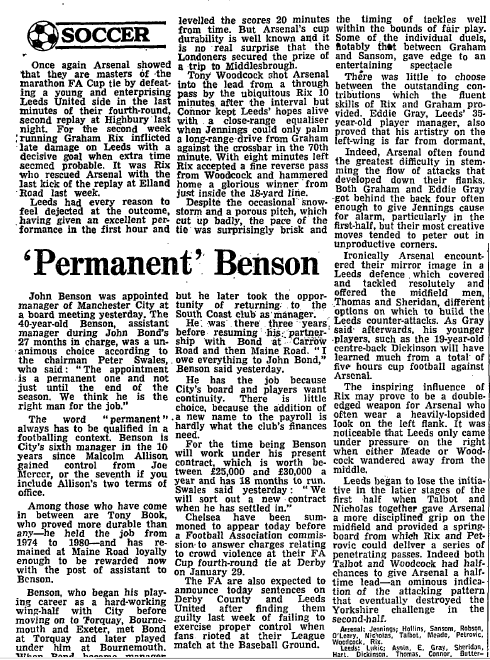 This one is the first meeting of the two sides in any cup competition, from 4th March 1950 at the quarter-final stage